Our Kyiv-based psycho-physical and medical rehabilitation program for women who have served in combat is coordinated through the Institute of Socio-Medical Problems of At-Risk Populations.

We work directly with Col. Dr. Vsevolod Stebliuk, Vice-Dean at the Ukrainian Military Medical Academy in Kyiv. Colonel Stebliuk is a decorated doctor, National Hero of Ukraine, recipient of the Presidential Medal of Freedom, published author, and former Adviser for Medical Issues to Ukraine's Minister of Defence.

We also work with Kateryna Pronoza, who holds an MA in Psychology and is Co-Founder of the Family Combat Stress Centre and Institute of Socio-medical Problems of At-risk populations, located in Kyiv.

Our physical and psychological treatment program and activities are endorsed by Ukraine's Ministry of Veterans' Affairs and the Department of Military Chaplaincy of the Patriarchal Curia of the Ukrainian Greek-Catholic Church.

Partners for our program delivery and use of facilities include:

In addition to providing medical treatment, data is gathered as part of important research focusing on the impact of combat stress, including head trauma, on the reproductive health of female soldiers, such as links to increased risk of ovarian cancer.

Our project directors in Kyiv also specialize in the treatment of Post-Traumatic Stress Disorder. They also cooperate with their colleagues at the Lviv-based women's "ReHub", through joint training and patient consultations. 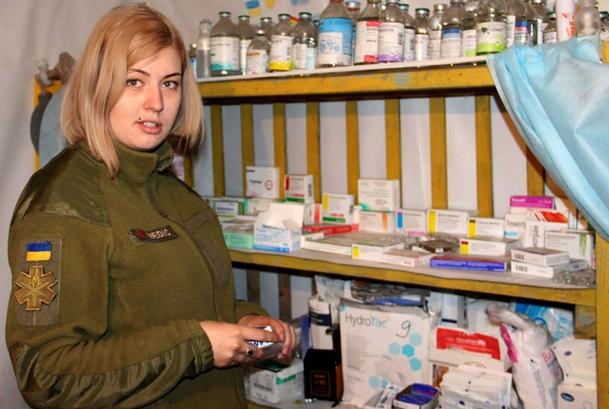 To address the physical and psychological health-care needs of thousands of women who return home from war, after defending Ukraine's Donbas region from Russian military aggression, the Ukraine Support Fund is working with its partners to deliver gender-focused health services out of two coordination centres: Kyiv and Lviv. In addition to providing health-care services, clinical data will be collected and shared with institutional researchers and technical assistance organizations studying the impact of combat stress on women's reproductive health as well as the gender-specific links between brain trauma and women's hormonal health.

The Women Veterans' Health Initiative has been made possible thanks to funding support from the Ukrainian Catholic Women's League of Canada (UCWLC) and individual donors, ​​

​
In Lviv, our Women Veterans' Health programming is coordinated by Maria Petryshyn, a psychologist and neonatal nurse, who also holds an MA in Pharmacology.

Maria Petryshyn is one of Ukraine’s most well-known volunteers, having spearheaded many successful humanitarian initiatives. She is best known for her role in securing the release of countless Ukrainian POW’s held under horrific conditions in eastern Ukraine by Russian terrorists between 2015 and 2017.

In the fall of 2019, in consultation with the Ukraine Support Fund, and with funding support from the UCWLC, Maria Petryshyn helped oversee the launch of Ukraine's first women's hub focusing on the medical needs of Ukrainian women veterans. The Ukrainian Women Veterans "ReHub" opened with strong media coverage, including television. Women veterans from across Ukraine travelled over 20 hours by train to attend the opening. Among the guests was Ukrainian parliamentarian Oksana Yurynets, Head of Ukraine’s permanent delegation to the NATO Parliamentary Assembly, and representatives of various veterans organizations.

The Women Veterans' "ReHub" in Lviv is currently located in the recently opened Centre for Soldiers («Дім воїна»). The ReHub's medical services focus primarily on gender-specific health issues of women veterans, specializing in gynecological/reproductive and endocrine system problems. The ReHub provides medical treatment through several clinics and hospitals specializing in women's medicine, such as the Lviv oblast Perinatal Hospital and others.

In its first weeks of operations, the ReHub ​was already handling a dozen serious cases of women veterans from several cities, including Kyiv, Dnipro, Drohobych, and Odesa. Recent cases include such health issues as hypothalmic syndrome, polycystic ovaries, adrenal disorders, severe pancreatitis, and cervical cancer.

The ReHub currently operates Mondays, Wednesdays, and Fridays from 12 noon to 7 pm.​​

Photos and links to press coverage of the launch of the ReHub can also be found on our Ukraine Support Fund Facebook page.