Ukraine's Minister of Defence, Stepan Poltorak, and Ukraine Support Fund's, Lisa Shymko, in Kyiv in 2017 on the eve of the subsequent signing of a joint Memorandum of Cooperation 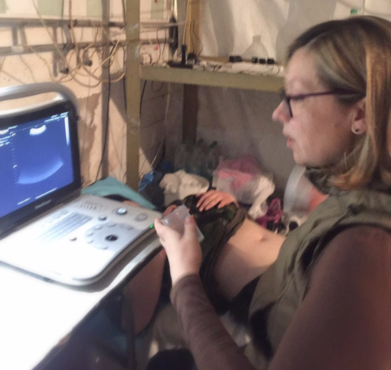 Dr. Olena Burlaka consulting wth Ukrainian servicewomen and health care professionals deployed in eastern Ukraine, during one of her many medical and research missions in the conflict zone. 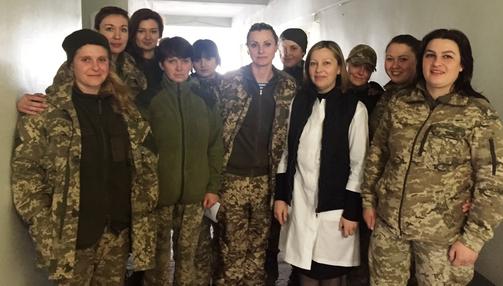 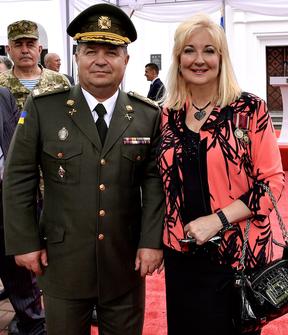 The Ukraine Support Fund is currently the only Canadian-sponsored humanitarian initiative engaged directly in serving the health-care needs of female servicewomen, through the Ukrainian Military Women's Health Initiative.

The Ukraine Support Fund was a signatory of a four-partner memorandum of cooperation with Ukraine's Ministry of Defence, the General Staff of the Armed Forces of Ukraine, and the National Academy of Medical Sciences of Ukraine.

The project addresses the physical and psychological challenges facing female military service personnel stationed in the eastern Ukraine combat zone, as well as the medical needs of returning female veterans. The project's priorities includes the provision of medicines, equipment, research, training, and logistical support for doctors and medical staff. In 2019, the project expanded its work to focus on the needs of female veterans, through the Women Veterans' Health Initiative.

Of primary concern is the health impact of combat stress on the reproductive system of female military servicewomen due to long-term deployment.

Lieutenant Col. A.V. Kurinnaya (Acting Head of the Department of Medical Evacuation of the Military Medical Centre of the Ministry of Defence),  L.S. Humeniuk (Gender Policy Specialist of the Department of Military Education and Social Policy of the Ministry of Defence) and Captain Daria Malakhova (Sr. Officer for Peacekeeping, diplomacy and international agreements of the Armed Forces of Ukraine) meet with representatives of the Ukraine Support Fund to discuss needs and priorities in the area of health services for Ukrainian women soldiers deployed in eastern Ukraine 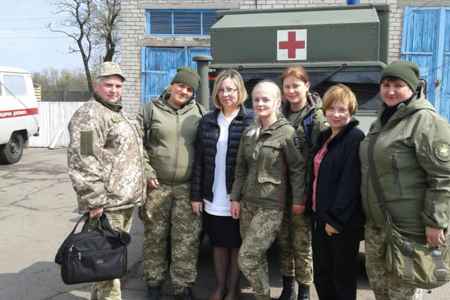 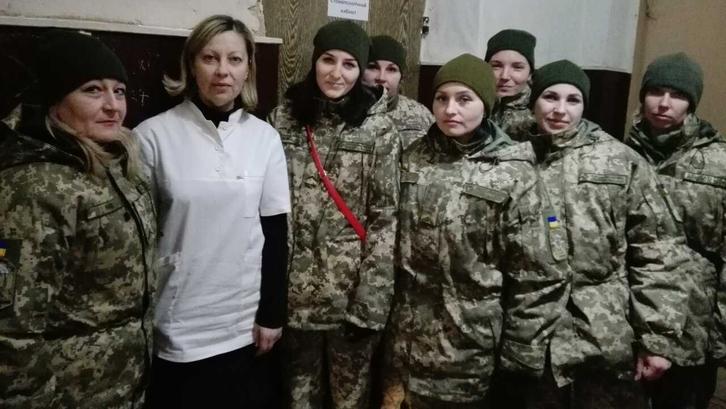 Captain Daria Malakhova I(second from right) attends the annual meeting of the NATO Committee on Gender Perspectives held in Brussels, Captain Malakhova is responsible for matters relating to gender equality and the implementation of the UN's landmark Resolution 1325 on "Women, Peace and Security". 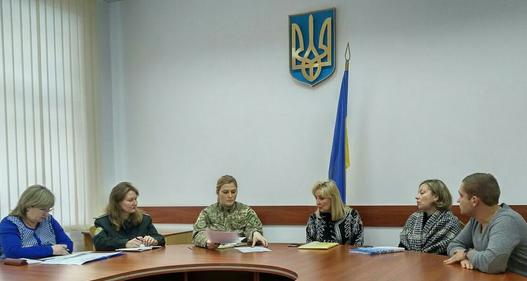 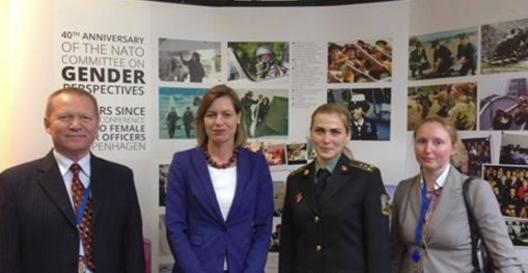 April 2018- Dr. O. Burlaka serves  at a front-line field hospital where she   provided health examinations for the women serving in the 42nd   Motorized Infantry Battalion.

As part of the Military Women's Health Initiative, Dr. O. Burlaka (right) travelled to the conflict zone to meet with the chief medical officer at the 81 Airborne Infantry Brigade near Severodonetsk. 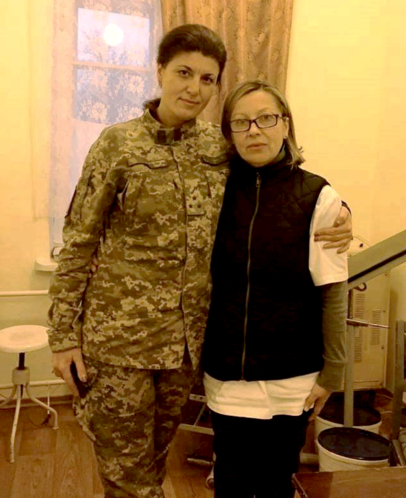 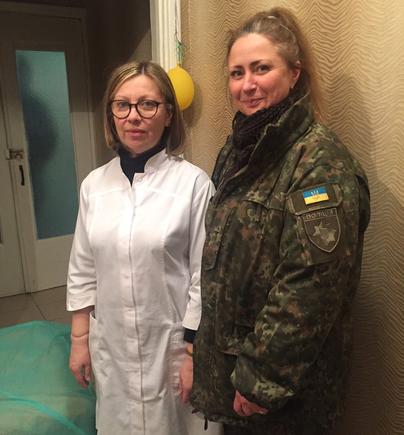