​On November 22 and 23, 2017, the Ukraine Support Fund took part in the first nationwide Ukrainian Women’s Congress, organized by the Equal Opportunities Caucus of the Ukrainian Parliament with support from the OSCE Office for Democratic Institutions and Human Rights (ODIHR) and other partners, including the Embassy of Canada.

​The event focused on women in politics, the military, and business. The Congress brought together 500 Ukrainian officials from the executive and legislative branches of government, women entrepreneurs, gender equality advocates, women in the armed forces of Ukraine, as well as representatives of civil society organizations and academics, to discuss the challenges and ways forward in advancing women’s rights in Ukraine.

During the opening session, Ingibjörg Sólrún Gísladóttir, Director of the OSCE's Office for Democratic Institutions and Human Rights (ODIHR), emphasized the importance of exchanging good practices to advance women’s participation in decision-making in the OSCE region. The Ukrainian Congress is modelled on the Polish Congress of Women which the ODIHR has been supporting for several years.

The Ukraine Support Fund was represented by Dr. Olena Burlaka, founder of the Military Women's Health Initiative, who participated as a voice for Ukrainian military women who face health-services challenges both as veterans and deployed soldiers serving on the front lines.​

In 2017, an additional 2,400 women signed contracts for military service in the Armed Forces of Ukraine. In addressing the Congress, Ukrainian Defense Minister Stepan Poltorak noted that a growing number of women join the military every year.

In 2014-2017, more than 6,000 women participated in defense operations in eastern Ukraine. A total of 107 servicewomen received state awards, including, three posthumously.

According to the Ukrainian Defense Minister, 55,629 women are currently serving and working in the Armed Forces of Ukraine, including 24,298 servicewomen.

​It should also be noted that there are ten women among a total of 158 captives who are held by Kremlin-backed forces in the Russian-occupied areas of Donetsk and Luhansk in eastern Ukraine.

The first Ukrainian World Congress accorded the Ukraine Support Fund an opportunity to discuss our humanitarian work with experts from government and the NGO sector and develop plans for joint cooperation in the area of health services, medical research, and humanitarian aid as it relates to veterans and deployed soldiers, particularly women.

Oksana Hawreliuk (left), Retired Colonel and former Head of the Ministry of Defense of Ukraine Press Office. who is now a humanitarian activist meets with Dr. Olena Burlaka (USF's Military Women's Health Initiative) to discuss cooperation plans between our NGOs to facilitate our shared priorities in the delivery of humanitarian services for soldiers. 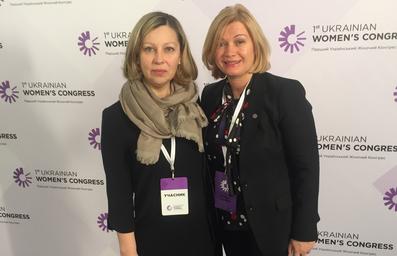 Ukrainian parliamentarians, ministers, international ngo representatives, and military representatives from Ukraine's partners and allies pose at the opening session of the First Ukrainian Women's Congress held in Kyiv in November 2017. 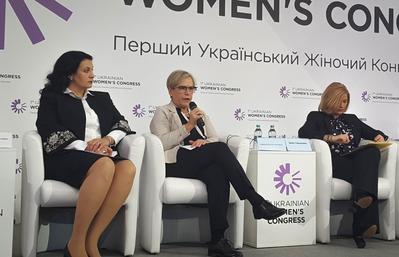 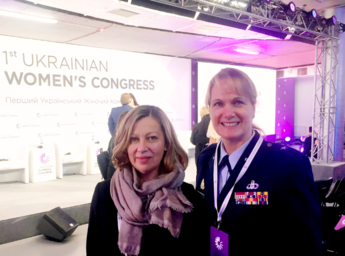 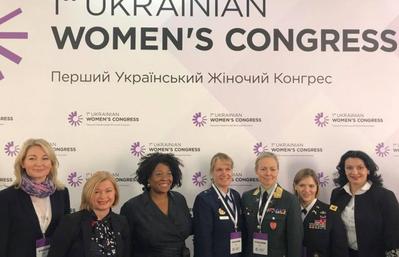 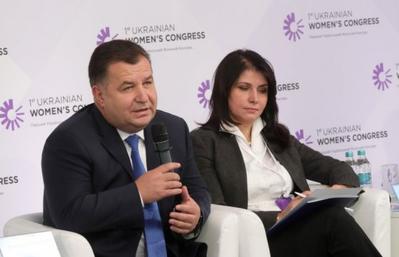 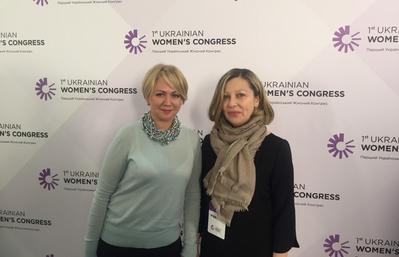